We decided to celebrate Joash's birthday 2 weeks in advance since the actual day is too close to Jaide's EDD. (Jayna couldn't wait and came out at week 38 so we can't take the risk of delaying.) Looking at how my physical condition has deteriorated badly due to the markedly increased burden that the growing, active baby who is near full term has placed on my weak body, I'm not sure if I can muster up the needed energy to celebrate his birthday a fortnight later even if his sister decides not to come out so soon. As it is, I had to really psych myself up physically and mentally to make the Fidgets celebration yesterday possible.
The balloons we got for the kids
(They chose the designs themselves.
It doesn't take a genius to tell who chose what...) 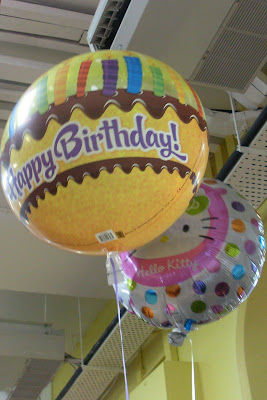 Joash was happy to be able push the metal ball bearings all the way up to the top when in the past, he was not tall enough or strong enough to do so. (The balls are actually pretty heavy...) 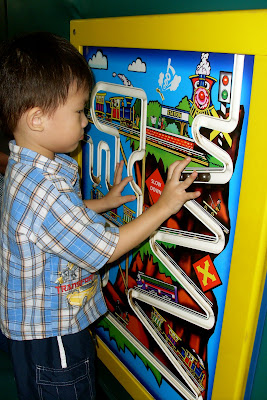 Smiling proudly as the balls
came rolling down after he let go. 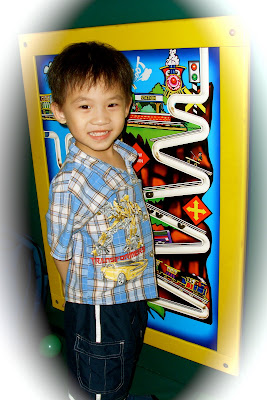 Joash spent the most time at the vehicles range.
Cruising around on the tricycle... 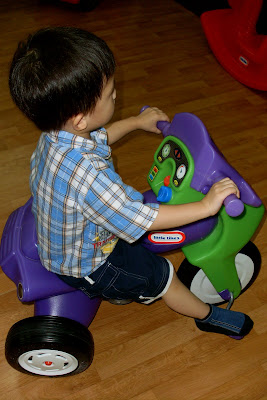 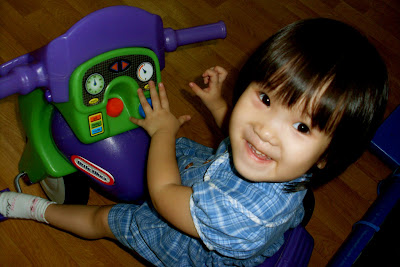 Alas! Her legs are too short
to reach the peddles. 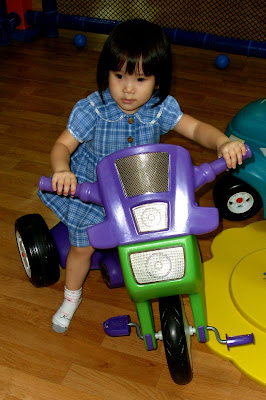 Well, she found something else
more suitable for her size. :) 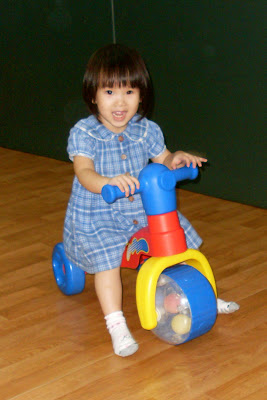 Joash was delighted with the
paper crown I got for him. 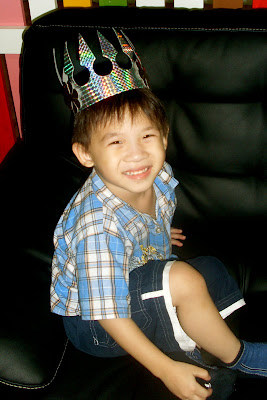 The looooooonng-awaited chocolate birthday cake
which Joash requested for months ago. 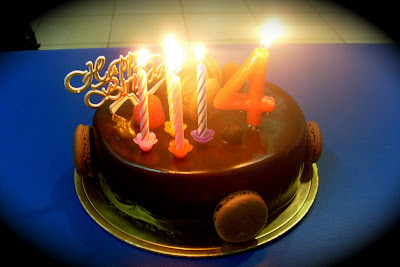 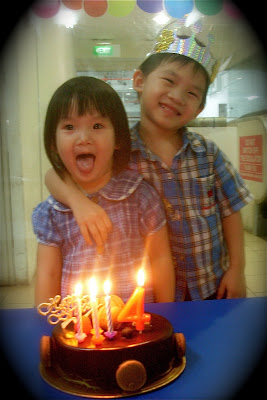 Our neighbor wanted to check out Fidgets
so they brought their daughter to join us. 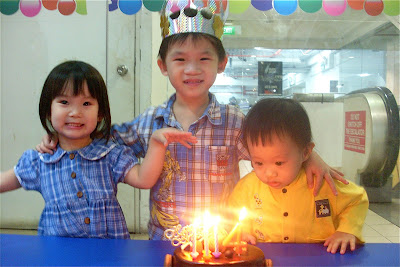 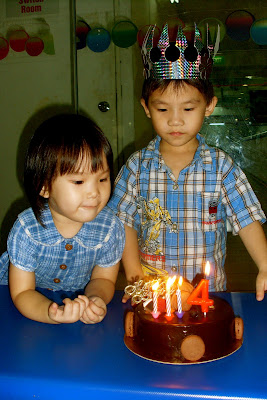 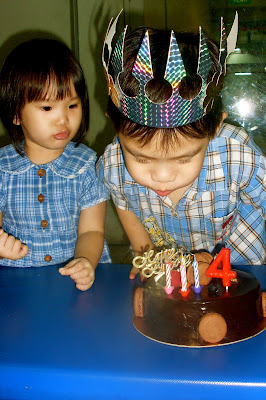 As with Jayna's birthday this year, we got presents for both siblings to prevent the possibility of jealousy. When I told Joash that we bought him toy vehicles for his birthday, he actually asked me if they were blue in colour! (His all time favorite colour.) Thankfully, one of them was a blue police car. Phew!

Jayna was attracted to the red tow truck and asked for it but when I revealed the pink doll, her entire face lit up and she reached for it immediately. She had forgotten all about the truck. Haha... Interestedly, she asked me if the doll could stand. It was a good thing it could. Happily, Jayna sat beside the doll to admire it.
Joash with his balloon and presents 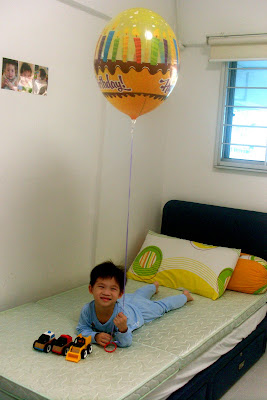 Jayna with her balloon and present 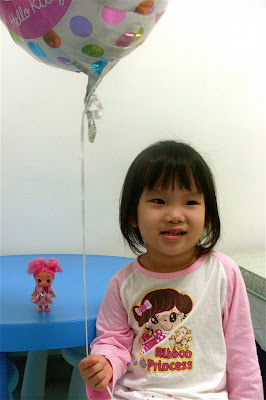 Close-up on their gifts 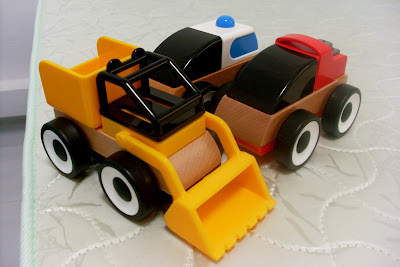 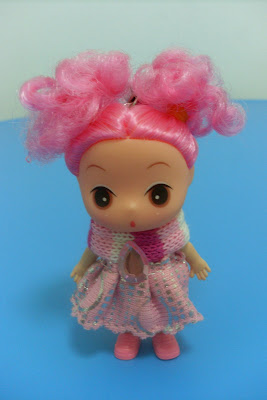 All in all, Joash enjoyed himself tremendously and said so when I asked him. *grin* Although my 'battery' was totally drained at the end of the day and likely to need several days to recuperate, I'm glad God helped me pull through it all. I had a few near-fainting episodes but managed to recover somewhat each time. I didn't want to short-change Joash because of his youngest sister Jaide especially when he had been looking forward to it for so many months!

Now that it's done, all that's left to do is wait for Jaide's arrival. It simply can't come soon enough for me... *sweat*
Posted by Jaclyn at 4:42 PM 1 comment: 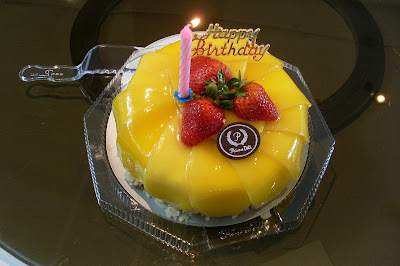 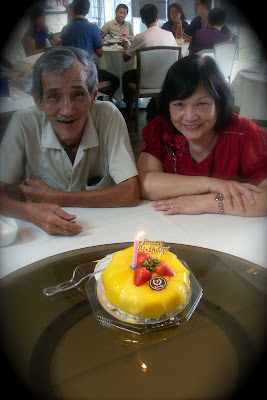 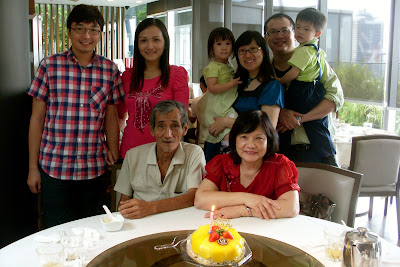 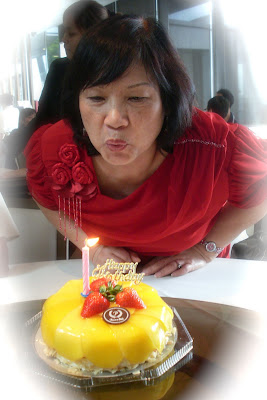 The children were running
around hand-in-hand 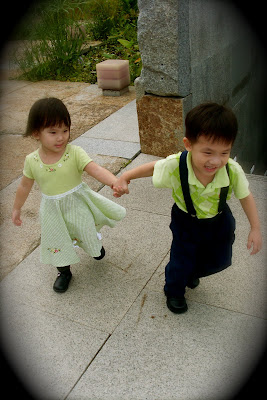 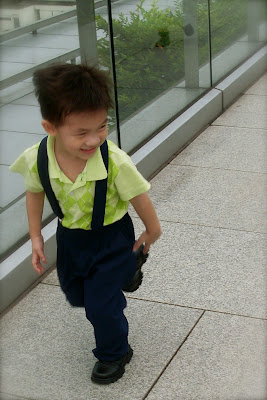 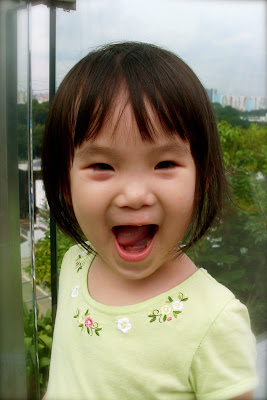 MIL with her grandkids 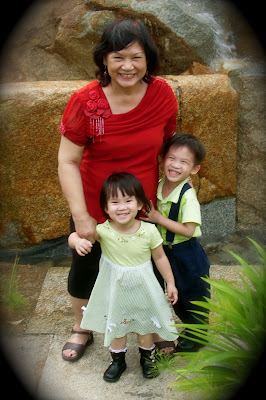 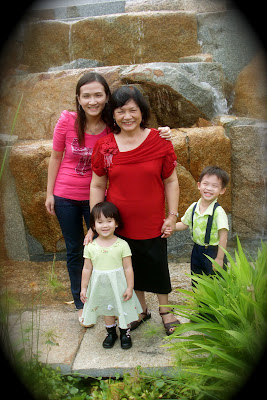 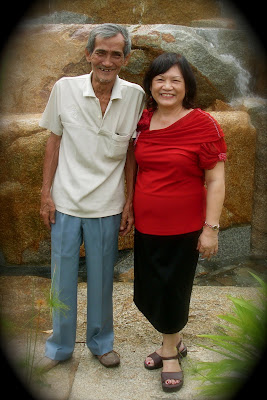 How can we miss a good chance for another couple shot? :P 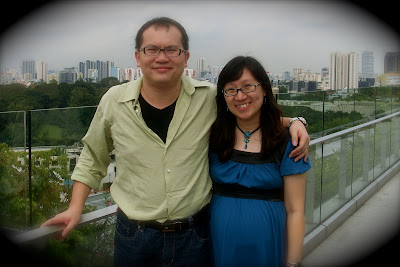 Thank you Mum for all the love
and support you've shown to us!!! 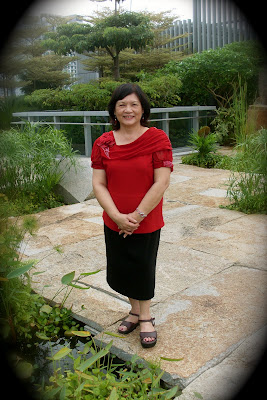 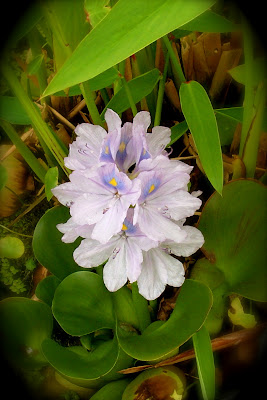 Posted by Jaclyn at 4:57 PM No comments: