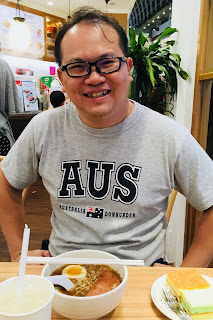 On our 8th wedding anniversary, Joshua and I tried the city tour on an open top double decker bus. We told ourselves that we'll try the amphibious one another time. It actually took us 3 years to fulfil that wish on his birthday! LOL

It was such a pity that the waiting area was right next to the smokers' corner and thus I felt rather unwell the whole time after breathing in quite a bit of the cigarette smoke I'm so allergic to. Despite that, we really like this trip and enjoyed our humorous tour guide's comments throughout the ride. We actually learnt  a few interesting trivia about our country's places of interest which we never knew. 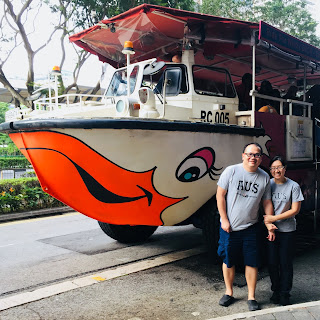 Next, we went for a nice coffee break at Joshua's favourite cafe to enjoy a new flavour which he had been wanting to try, before we headed down to the MBS's Sky Park Observation Deck. This was yet another place we'd been wanting to go without the children since they would be so terribly bored within minutes. Plus, you can't imagine how long we had to queue to even go up there! Totally not worth the money to bring the restless kiddos.

But for us adults, we were mesmerised by the lovely view of the sunset and the city lights. Too bad the weather was not at its best. We kinda expected it to be breezy so high up but instead, the air was rather still and stuffy. 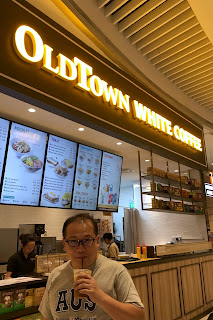 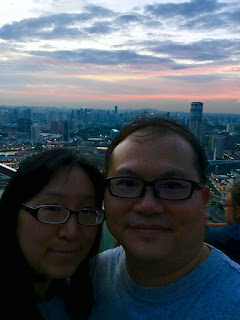 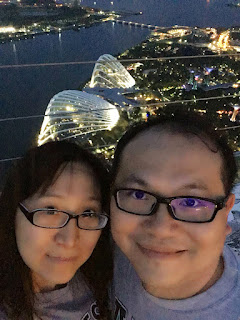 After that, we went to Toast Box for our dinner. We were rather disappointed with the standard of the food especially since it was so expensive. In fact, Joshua even said that my cooking is far better! Hahaha... We then made it to the light and water show, Spectra. Once again, I was miserably plagued by the selfish smokers who smoked right beside the audience area. It would have been so much better if they had the decency to smoke elsewhere or stop smoking if they had wanted to watch the show too.

It is so sad that Joshua had to worry about my health while we were out celebrating his birthday. I simply can't wait for the day when Singapore is finally declared a smoke-free society. I sure hope it will actually happen in my lifetime.

Posted by Jaclyn at 2:52 PM No comments: 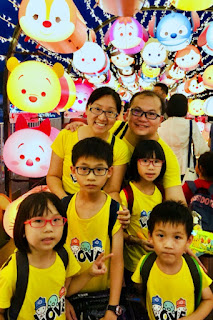 After last year's bad experience with the crazy heat and crowd, I thought that a lantern display on top of an air-conditioned mall would be better. I was wrong. There were impossibly long queues for every single installation. In fact, in order to even walk through the "Tunnel of love", we had to stand in line from when the sky was still bright till after sunset. My older boy even refused to go for a second round of waiting to take a picture sitting in the Cinderella carriage.

I guess Singapore is seriously getting overcrowded. Any special events will be met with crushing swarms of people. *sweat*


At least, the mooncake tea break at Earle Swensen's was a success. My eldest was so thrilled with the passionfruit flavour that he asked to buy another one just for himself! I specially bought Haagen Daz's Harmony Mochi for my older daughter, thinking that it will be less allergenic but her skin did not take too well to it. Thankfully, she thoroughly enjoyed them so I guess the itch was well worth it. *wink* 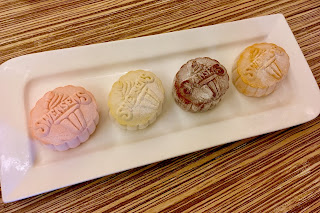 Posted by Jaclyn at 8:26 PM No comments: 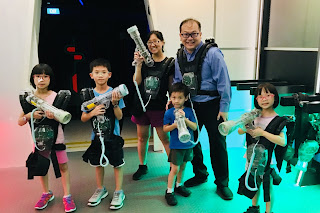 Quite a few times, I'd noticed the advert for Laser Quest but I've always thought that our kids were too young for it. I happened to meet up with a friend for lunch at HomeTeamNS a few months ago and I realised that it's about time we try it out. Even though Joram is not yet 7 (the min age to play), they agreed to let him use the gun provided an adult (a.k.a. his Daddy) carry the pack for him. And thus, together with some CG friends, we experienced the shooting game for the very first time. It was great fun despite minor accidents with the girls and some non-compliance from the older boys.


Here's the score board: 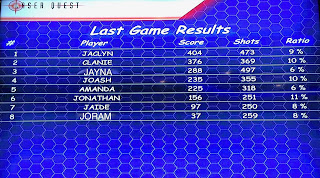 Since we were already there, I decided to also let the children enjoy 2 hours of playing at the indoor playground T-Play. I normally don't like to spend so much money since there are four of them to pay for but they had so much energy to expend and I really needed some time to rest and recuperate while they were occupied in a safe and contained environment. I'm really getting old... LOL 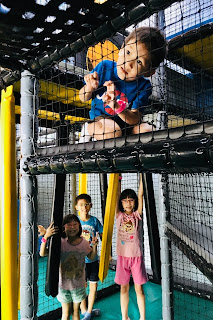 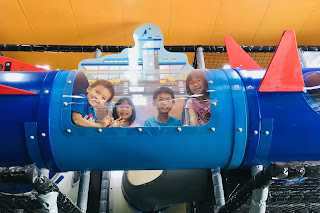 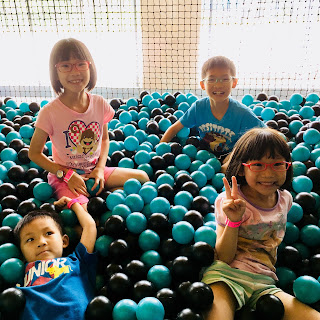 Posted by Jaclyn at 9:26 PM No comments:

Serving as a family 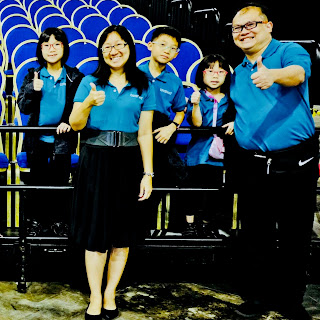 Today, our church celebrates its 40th anniversary. Since there was no children's service available unlike previous years, we could serve together as a family. Joram is still too young to be included but he is at least independent enough to occupy himself adequately while looting through the goodie bag given to all the children.

It was a great training experience for the older three to serve our larger community of brothers and sisters with our beloved CG mates. We donned on our covenant tees with black bottoms and helped with ushering and distributing the elements for communion. My eldest boy aided in counting the people occupying our block while the girls took the trash bags and collected the disposable wrappers after everybody was done with consuming the biscuit and juice in remembrance of our Lord Jesus.

We look forward to many more opportunities to serve with our children as they grow older and more independent. My wish is that one day, perhaps, we'll serve in the same ministry as any of them if their calling so coincide with mine or Joshua's. *wistful*