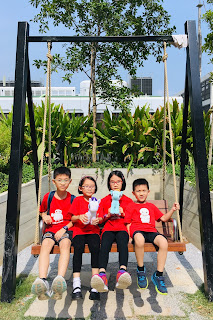 As I have mentioned in June, we can't go swimming on National Day this year because I am still not totally healed from my operation from less than a month ago. I had brought it forward and we went during the holidays instead. As a replacement, I chose to revisit Funan Mall with the kids, as I had wanted to when I went there for my birthday celebration.

But first, I filled up the bellies of my family with lots of Hello Kitty pancakes for breakfast. I made so much that there was even enough for the next day! 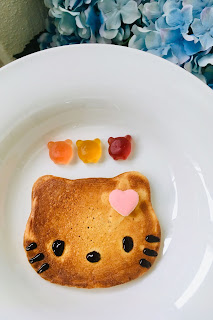 At the new mall, the children really enjoyed themselves with all the high-tech and interesting elements. They had a ball at the Gong Cha's ball pit (pun totally intended LOL), tried their hands at the VR game Beat Saber and I even managed to clinch two plushies for my girls at the crane machine using less than $20's worth of tokens! Needless to say, they loved the swing at the rooftop garden, just as I expected. I also bought Joram a foam airplane that comes with colourful flashing lights to his absolute delight. 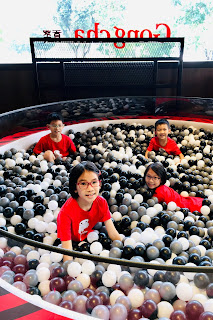 Look at what the kids did at the ball pit... 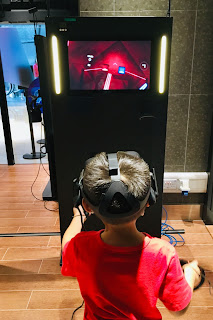 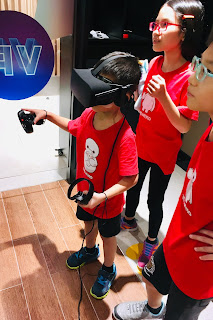 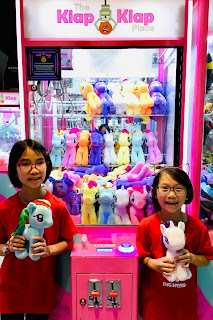 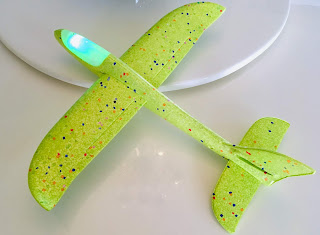 We ended the day with our traditional Pizza Hut dinner sitting in front of the TV watching the NDP. It has by now become automatic for everyone to stand up and sing the national anthem and say the pledge without any prompting. Even before the show came to an end, the little ones scampered to the balcony for a glimpse of the real-life fireworks which we could see from afar. May the children never grow tired of doing this every single year as a family. *wistful*

Posted by Jaclyn at 9:26 PM No comments: 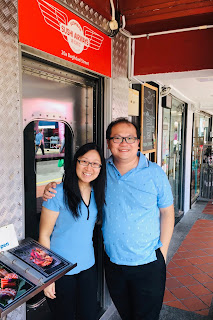 I usually just tell Joshua exactly what I would like to do for my birthday. However, for my 四十大寿, I didn't want to be the one doing all the brainstorming. Even though what he planned was not exactly what I was hoping for, I must give him an 'A' for the applaudable effort.

I really loved the place he chose for our lunch: Sushi Airways. The airplane-themed Japanese restaurant was such a novelty and it had been such a long time since I last ate sashimi. They even served freshly-grated wasabi too! 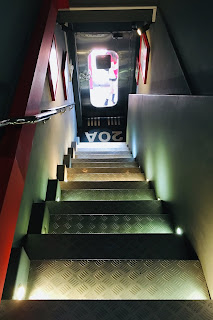 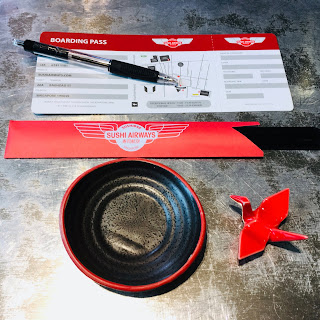 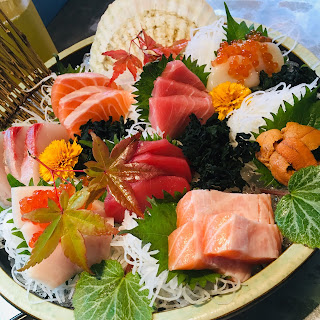 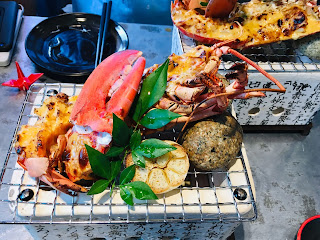 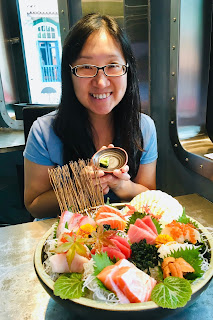 The next part of the plan was quite unfortunate. He asked me whether I wanted to go KTV at our regular location, so of course I said no, since it was something we could easily do on a normal day. We ended up at the newly renovated Funan Mall to watch The Lion King. Sadly, the movie was mostly a rehashing of the original cartoon. Apart from fantastic 3D animation, the show was nothing to rave about. It was later on that I realised we could have gone to a new super-fancy karaoke room, which I was very interested in. It had initially crossed Joshua's mind to go there but he strangely decided against even mentioning it to me when he consulted me about KTV.

Ah well, at least I got to sample a new drink by 纯粹。喝: rose honey milk tea for tea break. It was delicious but I would have preferred a stronger tea flavour to avoid it tasting like mere bandung. The edible garden at the mall's rooftop was pretty cool too. The best part was the wooden swing bench. I will definitely bring the kids there one day. 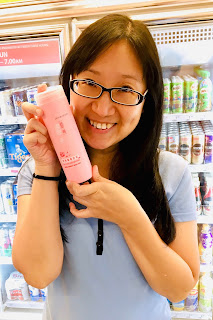 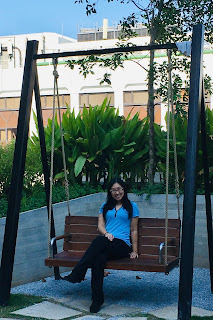 The main event finally arrived: Sandbox VR. It is a virtual reality place where Joshua chose the game "Amber Sky 2088" for us. If you can tolerate the smelly equipment and heavy gear, this is a fantastic entertainment to enjoy with your friends and family. I wished they had made it clear on their website that us participants are not allowed to wear our own spectacles. I would have worn my contacts if I had known, especially since their lenses' highest degree was only 700. My virtual experience was thus extremely blurry. Still, we managed to clear the game before the time ran out and I was the team MVP, though it was nothing to brag about since there were only the two of us! LOL 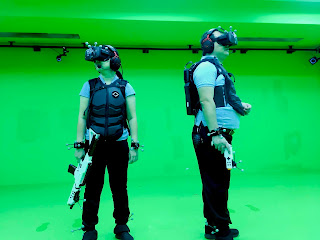 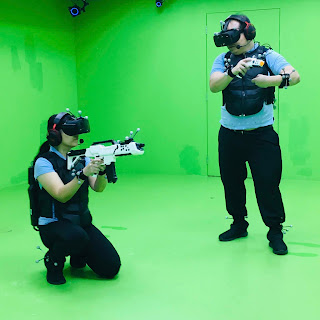 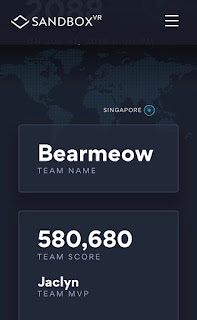 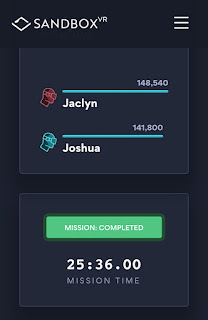 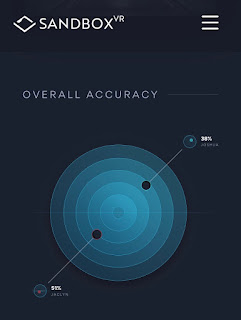 We ended the night with dinner at SKAI on the 70th storey of the Swissotel The Stamford. It used to be called the Equinox where I had visited once before with my best friend. At this atas restaurant, Joshua and I could finally fulfil our long-time dream to relish the different types of Wagyu beef. We had the Japanese A4, Australian strip-loin and the USA tenderloin on the dish "Signature Beef Tasting". All the fine dining was done while marvelling at the gorgeous view of our city and my seat position gave me a vantage point to gaze at the MBS light show from afar. 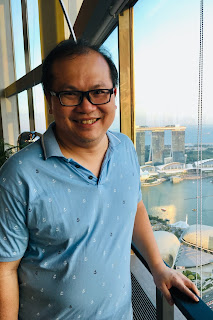 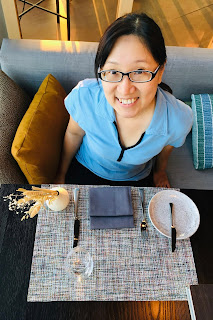 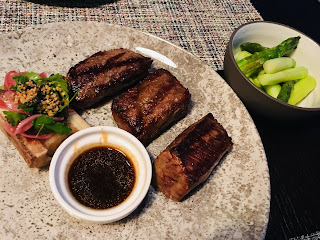 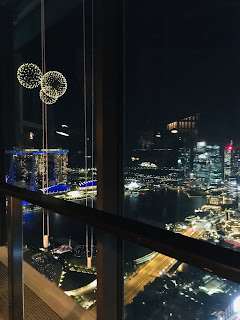 Posted by Jaclyn at 6:04 PM No comments: