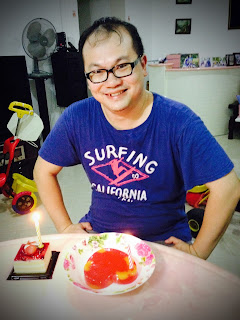 It was hilarious that the birthday boy did not know what he wanted to do for his birthday despite given two weeks in advance to think about it. In the end, I had to suggest a lunch place to eat his favourite assam fish-head on the day itself. Imagine my glee when Joshua said that was exactly what he was thinking about! That is how well we know each other... *beam*

With the kids looked after by MIL, SIL and her hubby, we could slowly savour our meal in peace. What a luxury! We then headed back home to watch Tomorrowland from iTunes movies on our new 43" TV in air-conditioned comfort since there was nothing which interested Joshua in the theatres.

Later on, we returned to his parents' place to have dinner and celebrate with a heart-shaped konnyaku cake made with love by his dear sister. Mum also got him a small cake to express her well wishes. May God bless my dearest husband with efficiency and effectiveness at his workplace! 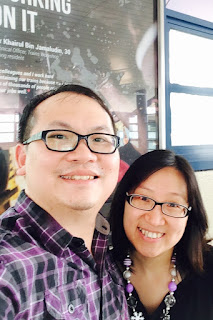 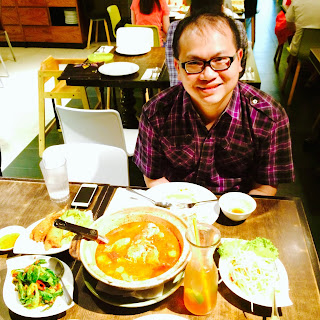 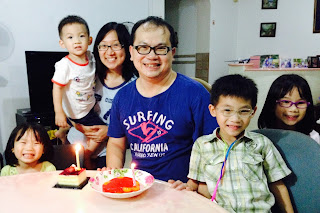 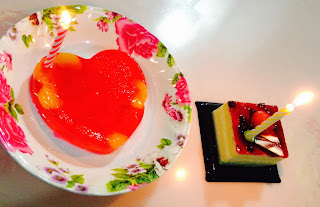 Posted by Jaclyn at 6:59 PM No comments: 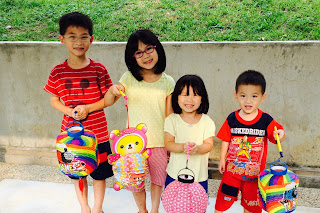 As with previous years, we celebrated Mid-Autumn festival with ice-cream mooncake, lantern strolling, sparklers, moon viewing and some playground fun. Due to the recent haze at hazardous levels, I was concerned that we couldn't celebrate this occasion outdoors. My children and I prayed for good air-quality and God deemed it fit to answer our humble prayers. Hallelujah!

There were many passers-by who commented that our led-lighted paper lanterns were both practical and in-keeping with the traditional feel at the same time. One even asked us where we bought them. However, they were given to us last year so I really had no idea where to get this type of lanterns now.

The TNT sparklers we bought this years were obviously of very poor quality. They extinguished very quickly and produced sooooo much smoke that we thought we were creating our very own haze conditions!

All-in-all, we had fun. I'm so glad that Joram is old enough this year to thoroughly enjoy in full the activities with the rest of us. 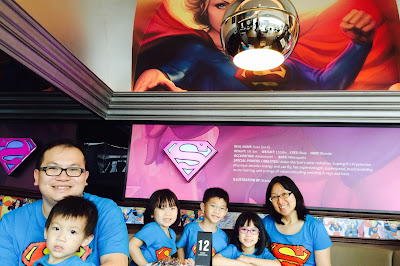 Polling day was a wonderful occasion for Joshua to join us for a promised visit to the Superheros Cafe at MBS. We had plenty of time to admire the decor of the place since we arrived half an hour before operations began. We sat at the Supergirl booth and we were all impressed by the design of the plates and other tableware. The food were pretty nice except for the aglio olio linguine which tasted so blah that we left it almost untouched in the end despite our aversion to food wastage.

Since we were at MBS, we also let the our athletic boy try skating all by himself. He did pretty well even though this was only his second attempt at skating. (The first one was accompanied by a CG aunty at JCube.)

Afterwards, the three older ones had a sampan boat ride along the Mall canal. They were absolutely thrilled. They even had the chance to try their hand at steering under the boat uncle's supervision! This is definitely a trip that the kids will remember for a long time... 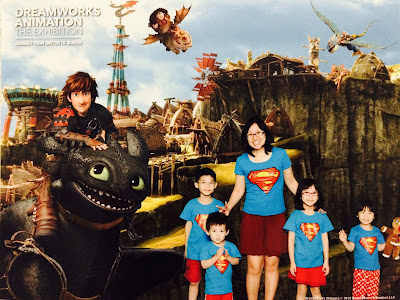 I was ecstatic when I realised that every Friday, the Art Science Museum has a promotion of letting up to 4 children tag along for free with every paying adult. What's more, today just happens to be a school holiday which falls on a Friday! I have been very interested in going there since my friend's enthusiastic recommendations. Thus, despite the fact that I was under the weather, I valiantly brought the kids there.

Surprisingly, the kids were pretty interested in the Singapore Story portion and spent quite a long time there listening to the video explanations, especially the ones about the SG50 short clips and the army training. They also sat through the short movie about inventors inside the dark theatre. We had the whole place to ourselves! Yay! 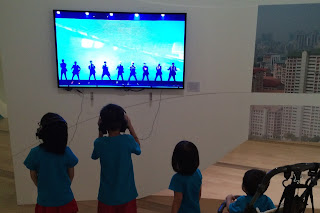 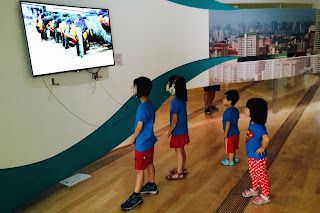 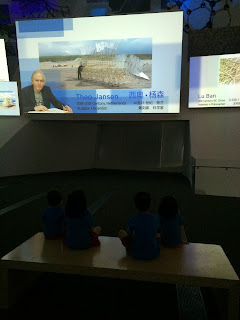 It was followed by The Deep exhibition. That didn't quite go very well. Due to the darkness, simulating the true condition at the bottom of the sea, the younger ones were pretty fussy. Joram was rather frightened and kept wanting to be carried. My eldest got himself lost for 15 min too. 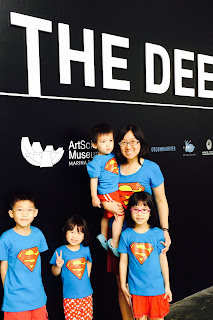 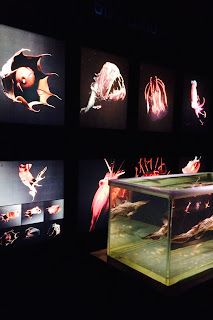 Then, it was time for a lunch break at the food court. We passed by this Superheros Cafe. How suitable our family outfit was for the pose! LOL I promised the kids that we will go back there one day to dine in when Daddy is available to come with us. 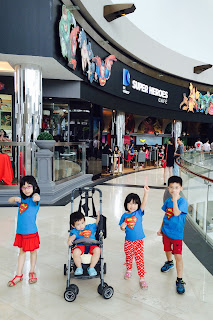 The Dreamworks exhibition was really fantastic. I was fascinated by the juxtaposition of the old and new Peabody animations. The kids got to try their hands at drawing and editing animations at the various stations. Our favourite was the Dragon Flight. Although a short 3 minutes, the animation was rather exhilarating.

There were many craft stations around, to the delight of the children. However, the lighting inside the exhibition hall was very dim and I didn't want to handle helping the kids do craftwork in the chaos so I brought the materials back to do at home with them when we have the time. 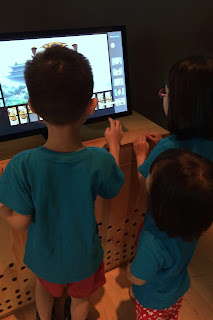 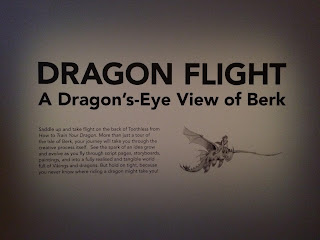 Finally, we had a sumptuous tea break at a luxurious cafe called High Society to end off the outing. I thought to indulge the kids on such a rare occasion, so I gave them free rein to choose whatever they wanted to eat. They actually consumed a total of $68 worth of macaroons, cupcakes and ice-cream!!! *horror* Well, I did say that they could eat whatever they wanted... 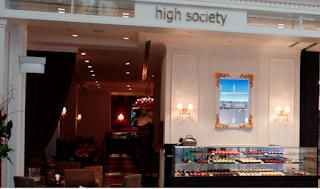 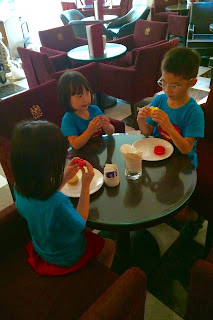 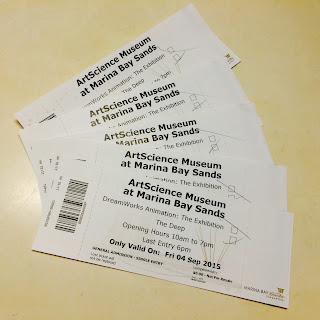 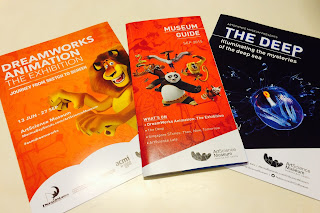 Posted by Jaclyn at 9:27 PM No comments: