Posted by Jaclyn at 9:11 PM No comments: 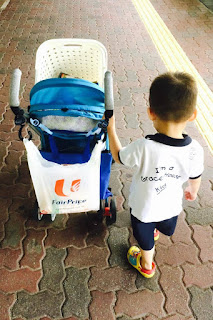 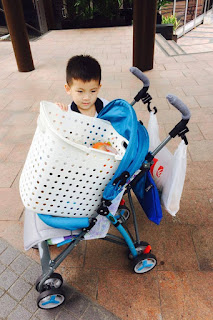 Now that the stroller is hardly used for the children except for naps out of the house, I have found a better use for it. Normal shopping trolleys tend to be difficult to handle. The wheels don't roll smoothly enough and one has to bend down all the way to arrange the items inside, which is very hard on the back. Plus, it is a hassle to bring the whole trolley into the house to unpack the groceries, not to mention that the wheels will dirty the house floor too.

Instead, I place a basket in the stroller when I go to the supermarket. The products are easily accessible because of the elevated height and I can use the hooks for the frozen or wet stuff. My youngest even finds it very easy and enjoyable to help me push the stroller while I select the things I want to get. When I reach home, all I need to do is to bring the clean basket in for unloading and leave the stroller parked outside my door.

This last stroller in the family can thus continue to be useful for the rest of its lifetime as my personal shopping cart. LOL

Posted by Jaclyn at 1:40 PM No comments:

I've always cooked with very little seasoning in my food both because I love the taste of the natural ingredients and it is healthier. Ever since my eldest son's proclamation that he did not like my cooking anymore a couple of months ago, I got demoralised and we started eating out, packing back or ordering food delivery more often. I also thought to have a break from daily cooking due to my poor health condition.

However, we realised that our food expenditure increased significantly and I started missing my own cooking a lot. The girls also occasionally asked me when I will cook for them again. One perfect solution would have been for my son to go pack his own food while I cook for the rest of the family. However, he refused to, claiming to be too scared to buy on his own. It also didn't make sense for me to go out to pack dinner and yet rush home in time to make a meal. It means double effort for me! Nor is it logical to pay the delivery charges for a single child. Frankly, I can't even clock the minimum amount if I purchase just one portion.

I thus decided to work out a menu that includes both a replica of the outside food my eldest wants to eat and what the rest of the family appreciates. This means I am learning new recipes with strong seasoning like pork cutlet curry rice, grilled fish in brown sauce, Korean BBQ pork and teriyaki chicken wrap. So far, for the past three days since I started the new dishes, everybody is very happy with the dinner fare. I pray that this status will continue for a long time to come...

Posted by Jaclyn at 9:46 PM No comments: 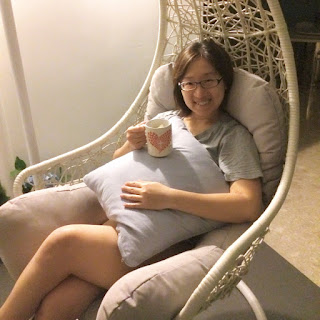 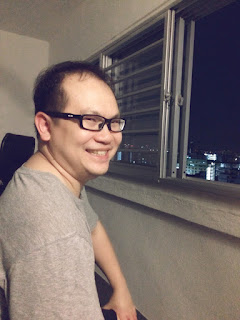 September is my favourite time of the year because it is my husband's off-peak season at work. We can then enjoy frequent couple-time during lunch and chill out more comfortably at home without late-night markings to rush.

Here are some pictures of our hot dates. Hee hee... And I realised that we simply love Japanese cuisine! LOL 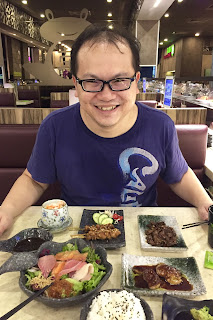 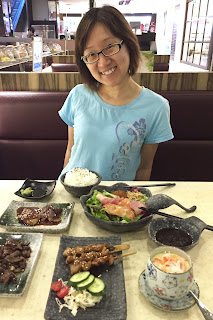 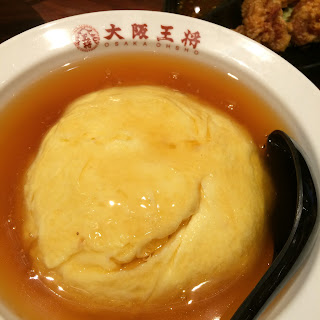 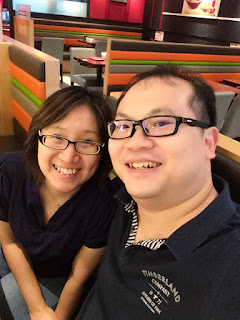 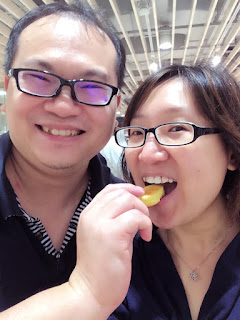 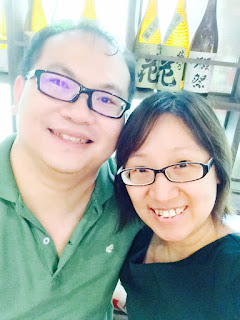 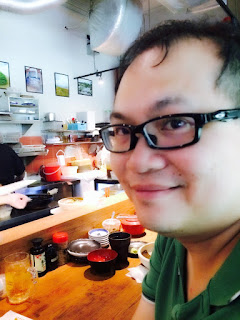 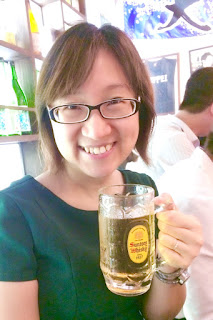 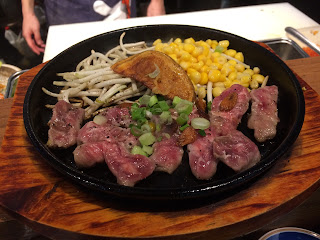 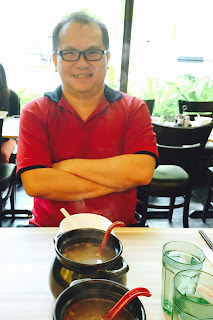 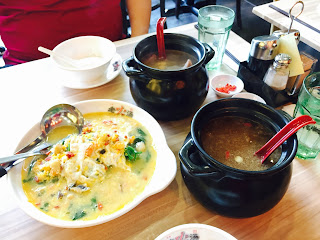 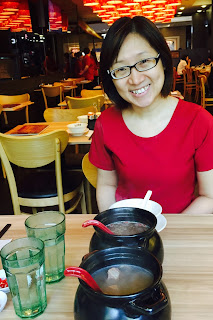 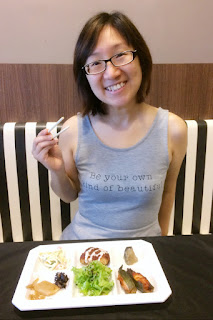 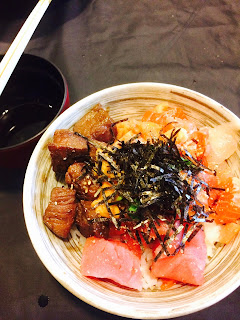 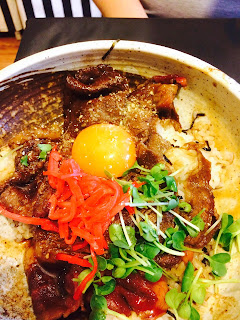 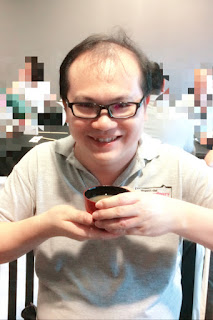 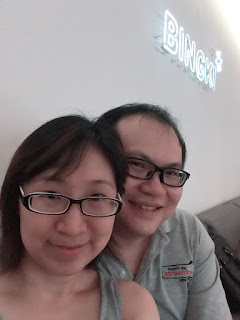 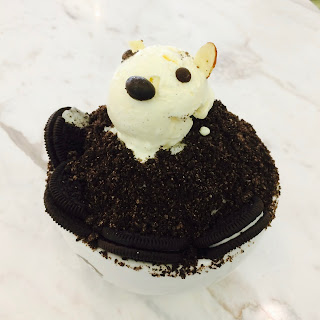 Posted by Jaclyn at 7:23 PM No comments:

Video of one year ago...

Recently, I have been trying to fix a million problems associated with the videos I've taken of my children these past 10 years. Those taken with devices before the iPhone era became incompatible with the iPhoto on my MacBook. There were numerous issues with the dates of a large number of clips due to the faulty date/time function of one of the old cameras I used in the past. Thus, the videos were pretty jumbled up and were not chronological at quite a few sections.

As frustrating it has been to sort them all out, it is nonetheless very nostalgic to travel down memory lane once again... And discover gems like these two video below: the older two sitting on a toy boat together and years later, the younger two playing with the very same equipment in the same cradle room in church. It is so true that you'll never regret taking too many photos or videos of your children growing up!

A video of them having a partner of similar size
to link arms with.

And another clip of them doing their fav activity together: Racing

Posted by Jaclyn at 2:05 AM No comments:

I'm not sure why but despite having so many kids in the family, we've NEVER celebrated Children's Day. Yup, pretty strange, I must say. My oldest boy made that observation earlier this year and that was when I realised it. So, I decided to add this day to our repertoire of family traditions from now on.

For starters, here's a video clip of the children wishing everybody a "Happy Children's Day!"

I brought the kids to Bugis Plus for a movie treat first. Since the show "Storks" has been in the theatres for quite a while, only selected places still run it. The children had their choice of snacks to bring into the cinema. After which, we had lunch at one of their favourite fast food outlet Subway, followed by choosing their presents at BHG. When Joshua finally knocked off from work, he joined us at Sakae Sushi at Bugis Junction for dinner.

It would have been a wonderful outing if not for Jaide, as usual... She kept crying that she was scared during the movie. I spent half the time comforting her and could not truly enjoy the show. Who in the world gets frightened by a cartoon about BABIES and BIRDS??? Lunch was chaotic with all her whining and she had to spill her cup of Fanta grape soda despite being warned several times to be careful with it. She also kept asking to buy toys priced way beyond the budget I set for them and harassed me the whole time.

By dinner time, I was utterly drained by her and started raising my voice. I was grateful to be seated at a rather enclosed area or else we would have been a much greater disturbance to the other patrons.

At one point, Joram was quietly drinking his water by himself while the older two made their own orders with the restaurant's iPad. And what about our royal highness Jaide? Despite having Joshua holding her water bottle for her to drink and me helping her flip the pages of the menu for her perusal, she was STILL UNHAPPY! Oh why, oh why, does she always spoil the occasion for everybody? God have mercy on the family... I can only pray that the rest of the children managed to enjoy the day regardless of the mess their obnoxious sister made of pretty much everything.

I take heart that at least my oldest kid did thanked me many times for my efforts throughout the day. 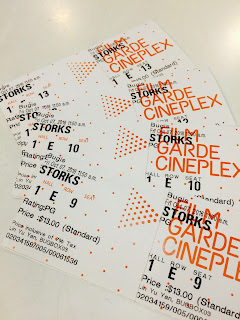 The kids asked to pose with this cardboard Advert 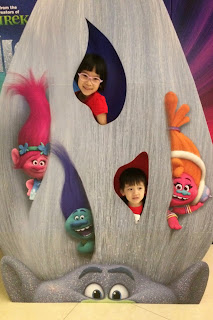 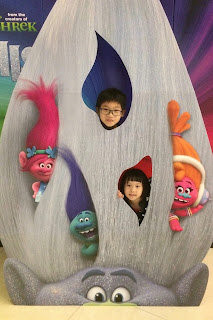 Just for laughs: Joram was so tired out by the day's activities that when we came back from getting his clothes for bath-time, we found him like this on the bathroom floor mat! ROFL 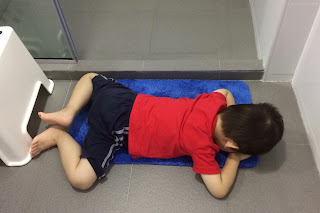 Posted by Jaclyn at 9:51 PM No comments: 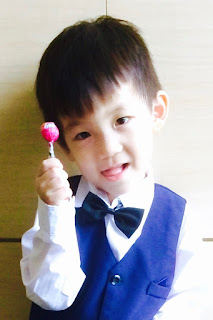 Just as Jaide got the chance to perform for the first time at Nursery One, Joram did his first ever gig today. I was rather worried that, being an introvert, he would get stage fright. However, he was pretty happy to see me right in front of him at the first row so he did quite well for the first two songs. However, the attention he was getting proved too much for him and he stood frozen on stage with a miserable look for the last two songs. I guess this would serve as a good experience for him. Don't give up, my little one!

Watch him in action below!

Posted by Jaclyn at 3:19 PM No comments: 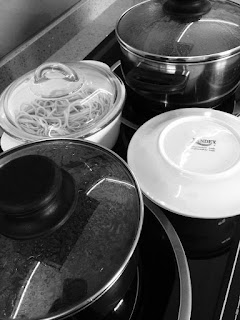 I had been ill for quite a while and I have started cooking less because my eldest protests vehemently that he doesn't like my cooking anymore. Thus, when I do cook, I would only cook the dishes he likes: fried rice and curry rice.

Today, I could feel depression coming back to haunt me, threatening once again to engulf me and confine me to bed with no motivation to do anything. But as an act of the will and with the empowerment of the Lord, I managed to pull myself out of the state of inertia and started cooking, hoping that the happy faces of my children eating food they enjoy would cheer me up. Every movement was laboured but I pressed on.

As I worked in the kitchen, I was careful to make the curry thick and not add any ingredients into it, just the way my son likes it. I remembered my daughter loving noodles more than rice and proceeded to make a portion of spaghetti to go with the curry. I cut up the seaweed into strips so that my kids will enjoy their favourite garnish for dinner.

I was almost done when my older two came back from school. They chatted excitedly, smelling the fragrant aroma wafting through the house. My eldest peered over my shoulder and asked eagerly, "Are you cooking fried rice?" But before I could answer, I could see the disappointment descending on his face as he saw for himself what was in the pot.

"But I don't like golden curry anymore!" he yelled and stormed into his room in angry tears.

I was sure I could hear my heart literally shatter at his reaction. All my hard work and loving thoughts put in were negated with one ungrateful sentence. Is this how God feels whenever we reject Him and His sacrifice? I slumped onto the floor in a defeated pile.

My son apologised to me eventually and I forgave him just as Christ has forgiven all my sins. This experience drives home to me the need to remain contrite and grateful for all that Jesus has done and not let depression get the better of me. God's heart breaks too when I despise the life that He had purchased for me with His own blood and start to entertain suicidal thoughts.

The tendrils of negative thoughts released their hold on me and my heart is once again filled with worship for my loving God. Praise the Lord!
Posted by Jaclyn at 2:56 PM No comments: